"Most of us are identified by our occupation: doctor, lawyer, teacher, salesman, actor, musician--each is easy to understand in one simple word. But what if your job were so complex, there were no words in any language to define it? You'd do what I did. You'd make one up." -- Criss Angel

MINDFREAK is a term that Criss Angel coined to describe not only his profession, but the reaction that people have to his demonstrations. Criss is more than just an "illusionist" or "magician"; he needed to find a term that accurately describes everything that he does. He came up with a single word: "MINDFREAK." While the A&E TV show popularized MINDFREAK, the term did not originate with the show. Criss originally used the word as the title of his off-Broadway show, and also as the name of one of his early TV specials. Criss has taken "Mindfreak" on the road, and rebranded his successful Las Vegas show to incorporate the famous phrase. Read on for a complete history of the word that made Criss Angel famous - YOU MINDFREAK !!!

The first commercial use of "MINDFREAK" was Criss' successful off-Broadway show. As the story goes, Criss morgaged his mother's home in order to produce the show. 9/11 had just occured, and many people told him not to go ahead with the show because shows were closing all the time and people were not paying to see performances, especialy one as unique as Angel's. But that did not deter him - he went ahead with the show, and it was a success, with an almost two year run, ending in 2003.

During Criss' theatre run, parts of the show were filmed for a TV special called "Criss Angel MINDFREAK." Not to be confused with the A&E show, this one-hour special features Criss peforming his signature magic, in addition to revealing parts of the theatre show. His 2002 Submerged demonstration was also featured, which earned him rave reviews and an early taste of fame.

After Criss' Broadway run and TV special, he caught the eye of network A&E and they decided to produce a half hour TV special featuring the illusionist. Criss softened his image and got to work, performing demonstrations to spectators and small audiences, very few who knew who Criss was. The show's first season debuted in the summer of 2005 and was a smash hit for A&E. It catapaulted Criss to fame and stardom that he had not yet experienced. People started to recognize him on the streets, the crowds grew, and the demonstrations grew more and more spectacular, wondrous, and, well, MINDFREAKy. ;)

The TV series has currently finished its 6th Season on A&E. Below is a rundown of all of the episodes that have aired (and not aired). To learn more about the show and to read synopses of each episode, please visit A&E's web site. To read about some of my favorite demonstrations, visit the Demonstrations section below! 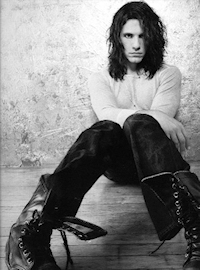 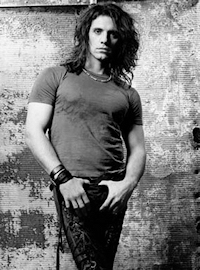 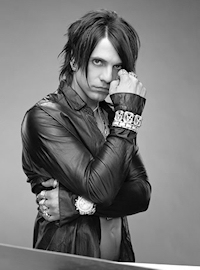 Want to know some of my favorite Mindfreak demonstrations? Check out my list here!

In 2014, after years of performing at the Luxor in Las Vegas, Criss created a new 90-minute magical production called "Mindfreak LIVE" and had a sold-out run of shows at Foxwoods Resort Casino and in cities across the United States.

The outstanding success of this touring show prompted Criss and Cirque du Soleil to transform their longstanding Vegas production Criss Angel BeLIEve to Criss Angel Mindfreak LIVE. The show is currently performing preview performances and is expected to premiere on June 30, 2016.